Tiffindell Ski & Alpine Resort is a fully equipped hospitality centre with over 150 beds.  It is open year round having secure facilities and is available for skiing & snowboarding, team building, corporate, government functions, and big or unusual promotional events.

In the warmer months Tiffindell is the hub of the best off-the-beaten-track adventure-lands in South Africa. Tiffindell and Ben McDhui Pass become the focal point for the highest, meanest, gravel passes in the country. 4x4 adventurers, big bikes, MTB, and hikers flock to the area to complete 'South Africas High 5' and 'The Ben 10 Eco challenge.'

In the winter months of June,July and August, the resort comes alive to the sport of skiing. Returning skiers, first time skiers and non skiers alike flock to Tiffindell for their, "best holiday ever." Skiing is a great family sport, inspiring, healthy, social, character building activity for young children, youth and parents alike. Tiffindell exudes the atmosphere of the best European ski resorts at a fraction of the cost.

The first ever Winter Ski Academy in Africa was opened in winter 2014 and 20 children attend school classes at the resort while ski training during recreational time. Your kids can also join - better skiers and better grades!

Since 2014 winter season Tiffindell has hosted the only International (FIS) Races ever held on the African Continent bringing top skiers to SA. Tiffindell's top FIS racers have competed and trained all over the world in Youth Olympics and World Cup events.

Tiffindell employs local permanent staff and helps uplift the local communities with training and skills development. Local suppliers are used and people of the area, of all ethnic groups, support Tiffindell wholeheartedly, as an employer for the ongoing future of the region.

Peter Pilz has been the President of the South African Snowsports Association for 25 years and devoted thousands of voluntary hours to the sport of skiing.

Lew Campbell has been in the South African ski business for over 30 years running The Ski Deck in Randburg, Johannesburg.

The resort is managed by Mr Maarten den Heyer and Grant Sephton who have over 38 years of service to Tiffindell since 1997. 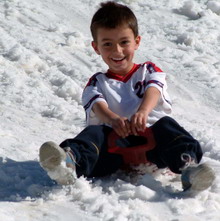